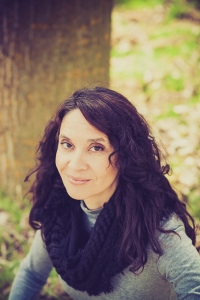 She teaches philosophy and is a doctor in comparative literature.

Her work has also been featured in many anthologies and journals as Nayagua, Galerna,  7de7 or Cuadernos del matemático.

Her work has been translated into Norwegian, Portuguese, Catalonian and English. Some of her poems were translated and anthologized by Forrest Gander in «Panic Cure: poetry from Spain for the XXI century», that was published in UK and USA. Her poetry books Larva&Hedge and Falta have been fully translated into English by American translator Lizzie Davis and excerpts have being published in many journals like Asymptote, The Drunken Boat, Circumference, etc. A whole section of Falta has been published at prestigious Two Lines Press.

Her book Los nuevos pobladores (The Newcomers) has been fully translated by translator Heather Davis and some of its short stories have been published at: The Paris Review, The Chicago Review, The Brookyln Rail or Conjuctions.

End of the World, short story from The New Tenants , published by The Chicago Review and translated by Heather Davis.

The island, short story from the The New Tenants published by The Brooklyn Rail, translated by Heather Davis.

Anthology of Spanish poetry, selected and translated by Forrest Gander

Panic Cure: Poetry from Spain for the 21st Century . UK

By Andrew. E. Colarusso in the Broome St. Review